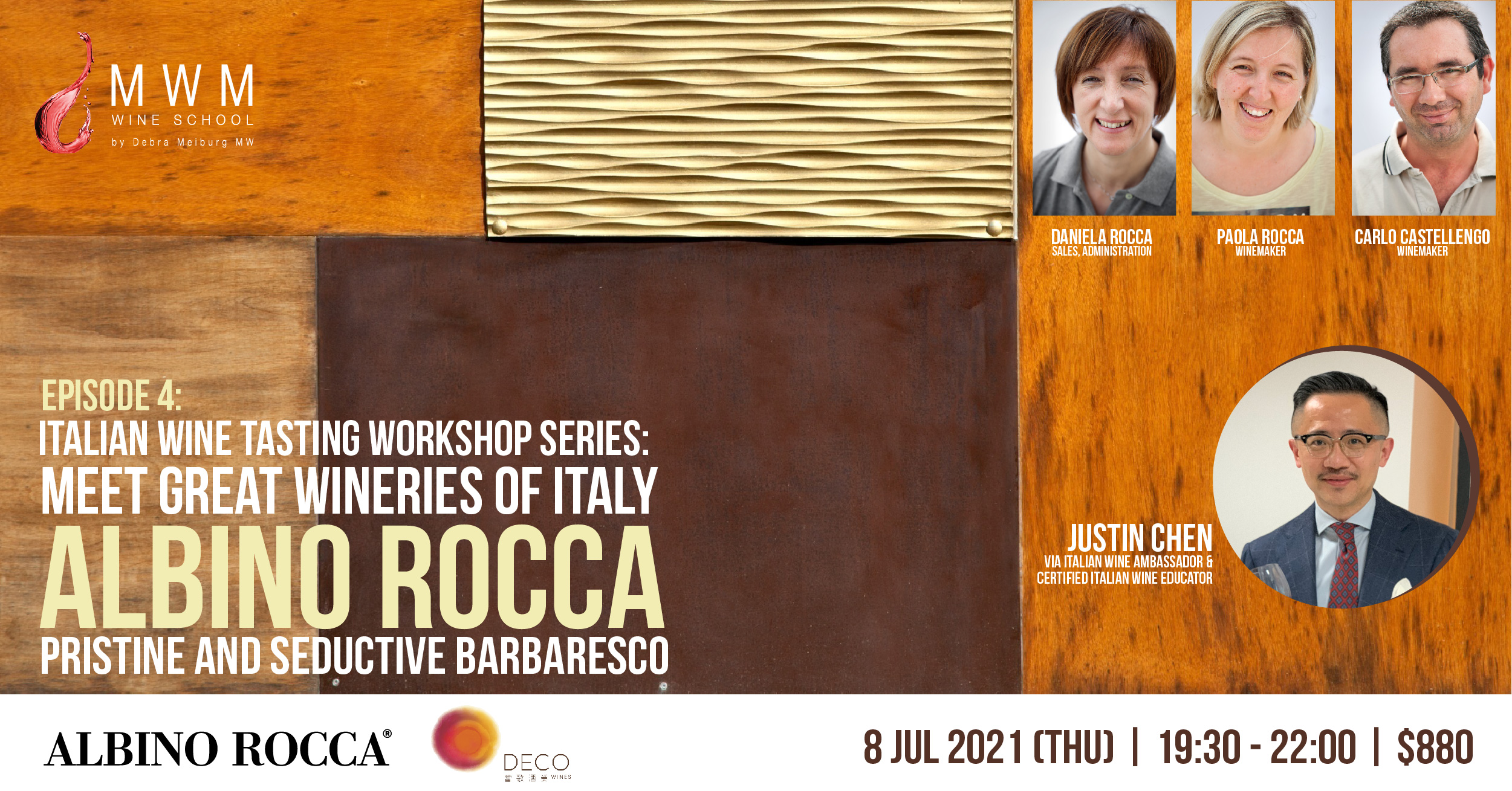 “Paola, Monica and Daniela Rocca have unhesitatingly taken up the winemaking and moral legacy of their father Angelo following since his untimely death in 2012. They now continue with the story that won many fans thanks to above all to the happy combination of courteous affability permeating the Ronchi farm and the appealing, well-measured pace of the Estate’s Barbarescos.” Gambero Rosso

“Albino Rocca is one of the most intriguing estates in Barbaresco right now.” Antonio Galloni, Vinous

The Rocca family have been cultivating Nebbiolo for over a century and produced their first own label Barbaresco in 1971. They own 18 hectares of vineyards with some vines dating back 70 years. Their holdings include some of the historic and important crus of Barbaresco: Ronchi, Ovello, Cotta and Montersino.

MWM Wine School is very proud to present to you this in-depth tasting workshop of 2.5 hours with the live-stream session for the audience to meet the Rocca family – Daniella, Paola and Carlo (Paola’s husband) and taste their all-star line-up of Barbaresco:

The workshop will be hosted by our VIA Italian Wine Ambassador and Certified Italian Wine Educator – Justin Chen. Seats are limited, so book now before it is too late!